skip to main | skip to sidebar

My Spine is the Bassline
...or "just what alphabet is the Martian using NOW?!"


I've been aware for a year or so that I've been unconsciously writing prose that scans, but it didn't hit me until this morning--once again in the shower, the site of yesterday's revelation that gave me the resolution to a sticky technical point in my current WIP--that I may also be building in a bassline.

Here's a passage from "Phragmites," the aforementioned WIP, a novella that looks to pull into the station at about 20K words--and soon. I'm going to ask Jayaprakash Satyamurphy, my go-to guy for all things bass, for his opinion. I'll post his reply, even if he says I'm chomping bollocks on this one. 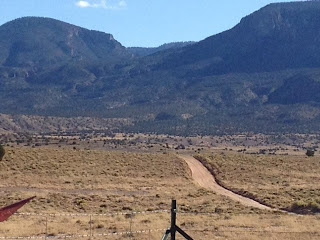 Too late. The front wheels of the heavy Dodge dropped over the cliff he could barely tell was there. Then the undercarriage struck, scraping along one second, two, till the rear tires caught the edge and sent the entire vehicle tumbling down the curving slope of the deep forested basin. Austin stared at his cousin, back into the emptiness, but soon as that there was nothing more to see. He listened to the combined violent crunching of leaves, branches and springs, the chassis complaining in undertones, followed short seconds later by a great yet muffled crash as the truck struck some isolate tree or outcrop and began to tumble over and over, glass shattering and sheet metal crumpling till at last came the cacophony of trees cracking and thrashing. As if this final flurry of sound freed him from some paralysis, he rushed past his cousin to peer into the unsunned gloom. Dennison remained hunkered near where he’d released the truck, casual as if simply tying his shoe.
We won't even touch on the polyphonics yet...whatever I'm doing, I'm glad I'm doing it subconsciously. That's all for now--I'm going back to not thinking about a pink Martian.
Posted by Turquoise.Dog at 12:00 PM